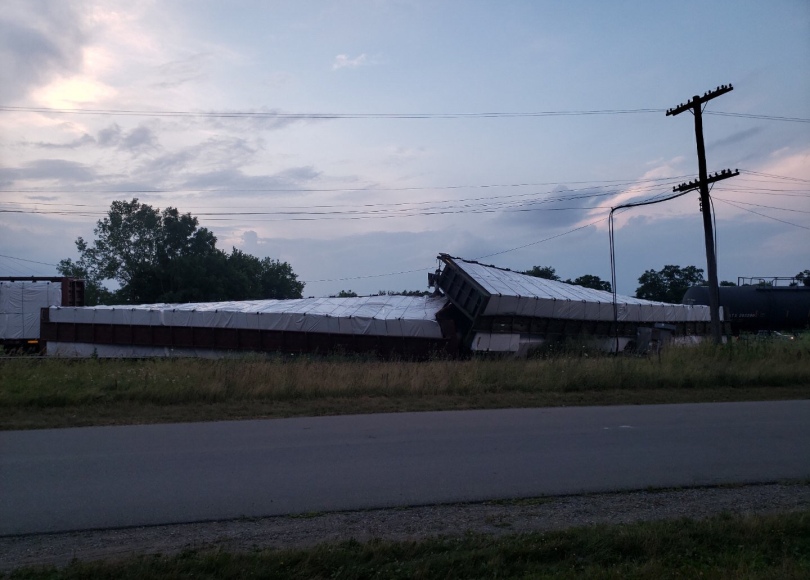 Police say no one was hurt and there is no risk to the public due to a train derailment in Paris on Monday night.

The Ontario Provincial Police County of Brant detachment responded to the area of Market Street and Railway Street for a reported train derailment at approximately 8:20 p.m.

Officers arrived and confirmed that two railway cars carrying drywall had in fact derailed just west of Market Street along Railway Street. There were no public safety concerns and the OPP remained on scene to assist CN Rail with traffic control until the box cars could be disconnected from the train and the road crossings could be opened just shortly after midnight. CN Rail will continue to investigate the incident.

Anyone with information regarding any incident is asked to call the OPP at 1-888-310-1122. Should you wish to remain anonymous, you can call Crime Stoppers at 1-800-222-8477 (TIPS) or leave an anonymous online message at www.crimestoppers-brant.ca where you may be eligible to receive a cash reward of up to $2,000.