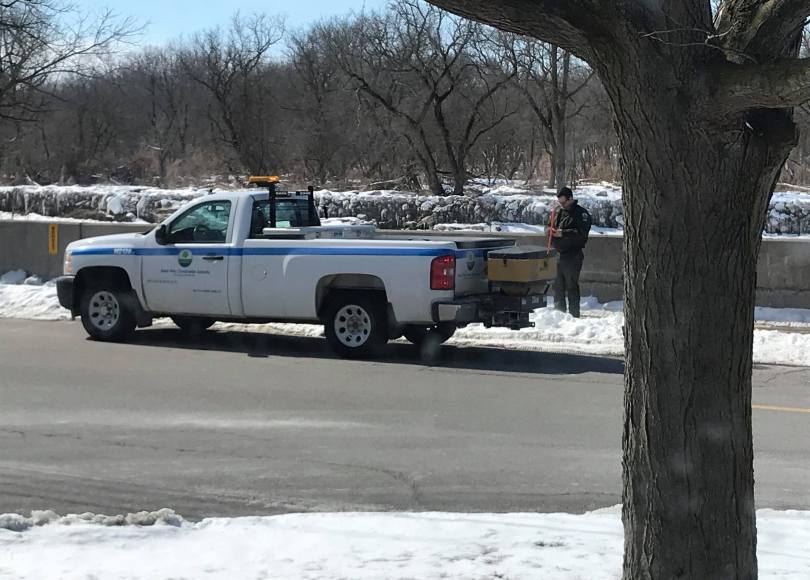 With warmer weather and mixed precipitation on the way, the Grand River Conservation Authority is warning of increased risk of flooding due to ice jam in Brantford, Six Nations and several other communities along the watershed on Sunday.

Ice jams have formed in a number of areas throughout the watershed, according to statement released Friday from the GRCA.

“Most of these ice jams are weaker than those that formed in early February; however they all present an increased risk of flooding. Communities prone to ice jam flooding at this time of year include Grand Valley, West Montrose, New Hamburg, Cambridge, Brantford, Caledonia, Cayuga, as well as Six Nations Territory.

“Residents who live near local waterways are advised to remain cautious as ice jams can form quickly and without warning. In the event of an ice jam, follow the direction of municipal flood coordinators and first responders.”

The volume of ice in local waterways may increase the risk of more severe flooding during rapid snow melts.

The public is reminded to exercise extreme caution and stay off all water bodies at all times, but particularly at this time. Ice cover, where it exists, will be weakened as a result of the warming trend. Banks adjacent to rivers and creeks are very slippery and, when combined with cold, fast-moving water, pose a serious hazard. Parents are encouraged to keep their children and pets away from all watercourses and off of frozen water bodies.

This warning will remain in effect until Friday, March 15. Updated flood messages will be issued if necessary as conditions change.