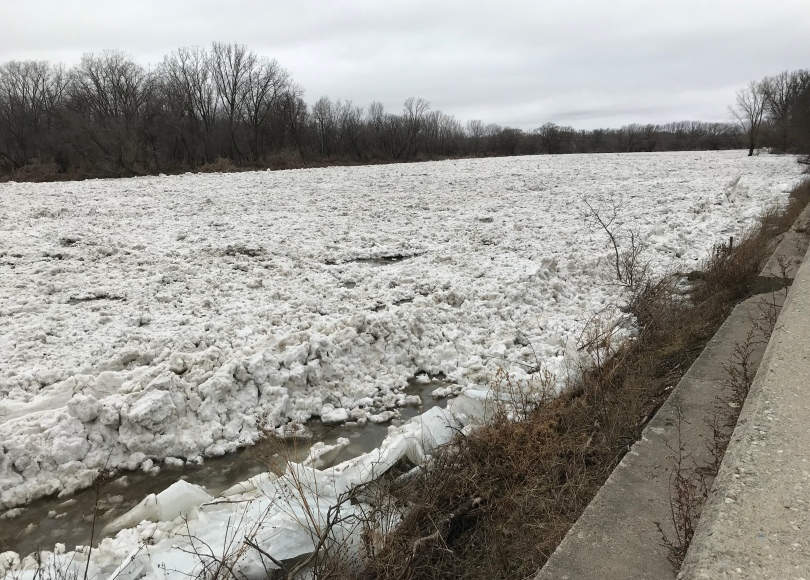 The City of Brantford has closed Gilkison Street along the Grand River due to the potential for flooding.

Gilkison, which is low-lying and often floods annually, is closed from Elliot Avenue to Catherine Avenue due to higher water levels in the river caused by accumulating ice and snow.

A major thaw has loosed the winter debris, causing small jams in the river’s flow.

Similar yet more extreme conditions let to the major flooding in other communities along the Grand, including in Brantford on Gilkison, Grand River Avenue and River Road nearly a year ago. The river level came up several metres overnight on Feb. 21, 2018 and flooded over the retaining wall on River Road.

Residents in parts of Eagle Place, West Brant, Holmedale and the County of Brant were evacuated as the Grand River flooded. The city declared a state of emergency that lasted for five days.

The City of Brantford is asking that people please exercise extreme caution and stay away from and off all bodies of water at this time. The city and Grand River Conservation Authority will continue to monitor river levels and will update the public when the road is re-opened.

According to the GRCA in its most recent flood message posted nearly one day ago, “This ice is much weaker than ice that caused significant ice jams in Cambridge and Brantford last winter; however the potential for ice jams remain wherever ice is present in the river system.”

Here is another photo of the Grand yesterday at River Road, across from Gilkison: