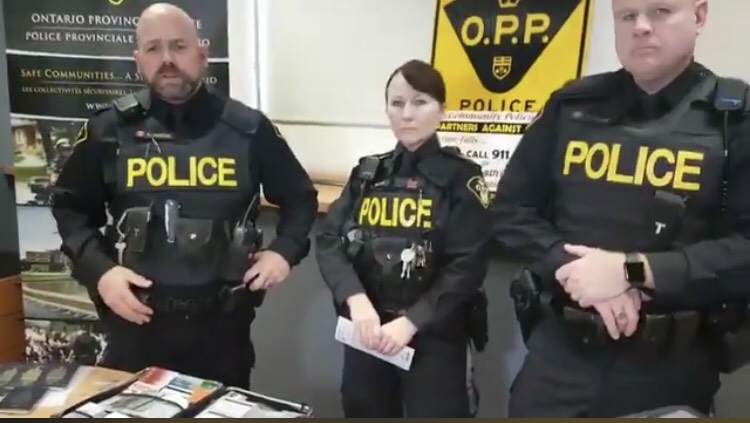 Some large purchases using credit cards at a gas station in St. George recently brought the Brant County OPP out to investigate, leading to the arrest of two people and the seizure of thousands of personal documents.

On Jan. 18, officers responded to a report of suspicious activity at the Esso gas station in St. George on Beverly Street. A man and woman had made some large purchases using credit cards.

Officers found the man and woman who made the purchases, attempted to talk to them, but they took off in a vehicle. Armed with descriptions of the couple and the vehicle, officers tracked them down at a nearby motel. They were leaving a motel room when the officers arrived.

The County of Brant OPP continues to investigate this incident with assistance from the OPP anti-rackets identity crimes unit.