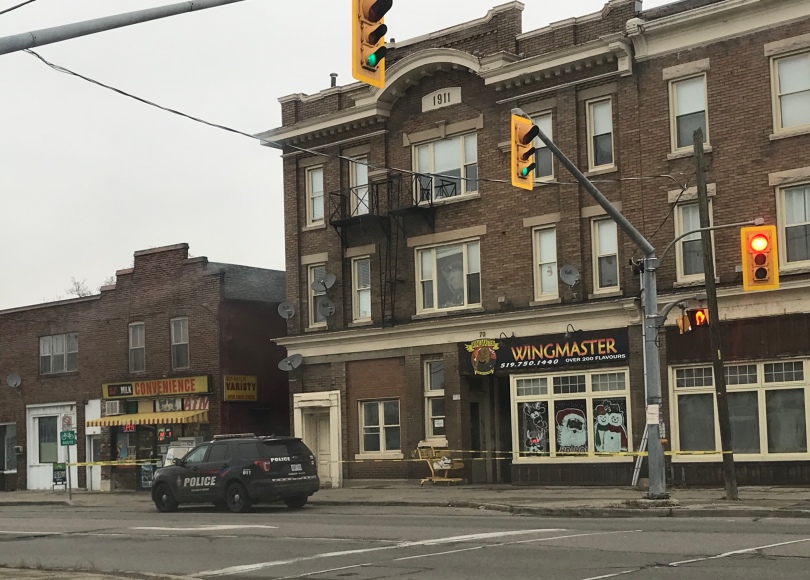 Brantford police were busy investigating at an Erie Avenue business on Friday, but have yet to reveal the nature of the incident.

Two police cruisers were parked outside a restaurant, which was cordoned off with police tape, at the intersection of Eagle Avenue around 2:30 p.m.

Constable Shane Siebert had this to say about the investigation.

“From what I understand we responded to a disturbance call at or near that address,” he said in an email. “The investigation is ongoing and I do not have many details as I am not able to speak to the investigators yet as they are still working on it.”

Comments made on social media indicate someone may have been assaulted, but they are unconfirmed.