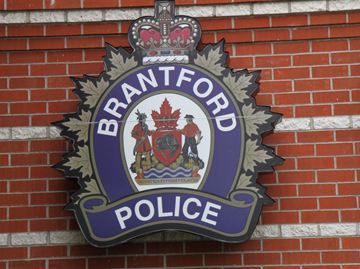 Update: A 36-year-old Brantford man has been arrested and charged for a stabbing on Mohawk Street.

As a result of that investigation, a suspect was identified and a warrant was put out his arrest.

On Monday, Nov. 12, just after 9:30 p.m., street crime unit officers located and arrested the accused without incident after a short foot pursuit in the Market Street area.

The accused has been charged with aggravated assault, assault with a weapon and unlawfully in a dwelling house. The accused was held for a bail hearing.

The BPS would like to thank the public for their assistance in regards to this investigation. Anyone with information about this investigation is asked to contact the Brantford Police at 519-756-7050 or Crime Stoppers at 519-750-8477 or 1-800-222- 8477. Alternatively, a web tip may be submitted at: https://www.tipsubmit.com/WebTips.aspx?AgencyID=251.

Original story: Police are looking for a Brantford man wanted in connection with a stabbing.

On Sunday, 28,just after 4:00 p.m. Brantford Police Service received a 911 call about a disturbance at a residence on Mohawk Street. Community Patrol Officers attended to the address where they found a 37-year-old male victim who was suffering from stab wounds. The victim was transported to hospital by paramedics. The victim received non-life threatening injures and is recovering. The suspect and victim are known to each other.

Shade is described as a Black, 5’8”, 190 pounds, with black hair and brown eyes with a tattoo of a marijuana leaf and dice on his inner right forearm. He was last seen in the area of Mohawk Street in Brantford.

Due to the nature of the incident the Brantford Police Service is asking that the public not approach the suspect and use caution if he is seen.