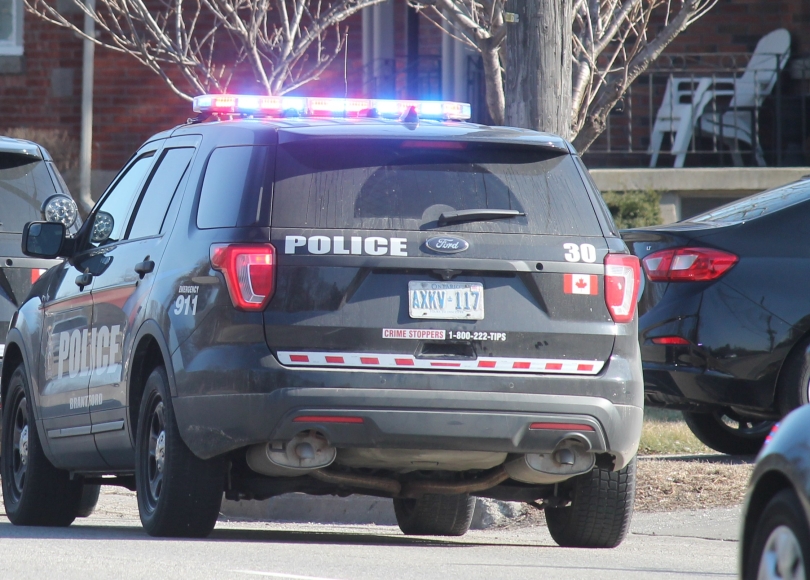 A man and woman accused of a string of violent offences, including assault, arson, vehicle theft and dangerous driving, have been arrested and charged by the Brantford Police Service.

Officers apprehended the pair peacefully at a motel in Brantford on Colborne Street shortly after 1 p.m. on Tuesday, July 2. The officers had learned a vehicle in the parking lot had been reported stolen in Hamilton.

The man arrested in the motel room was found to be bound by a court order with conditions and was also wanted on outstanding warrants.

The woman was also wanted on outstanding warrants. Both of them had been the subjects in “a number of recent investigations,” according to Brantford police.

The two accused are charged with the following offences related to the stolen motor vehicle they were operating and located at the motel.

George Nathan Sault, a 25-year-old Hamilton man, is charged with possession of stolen property over $5,000, breach of probation and driving while disqualified.

Brittney Dawn Elliott, 23, if Ohsweken is charged with possession of stolen property over $5,000

Regarding other incidents, Sault is also charged with dangerous driving, assault with a weapon, failing to stop for police, failing to remain at a crime scene, mischief over $5,000, theft of a motor, arson, obstructing police, and flight from police.

Elliott is also charged with arson, mischief over $5,000, theft of a motor vehicle, arson, obstructing police, and occupying a stolen vehicle.