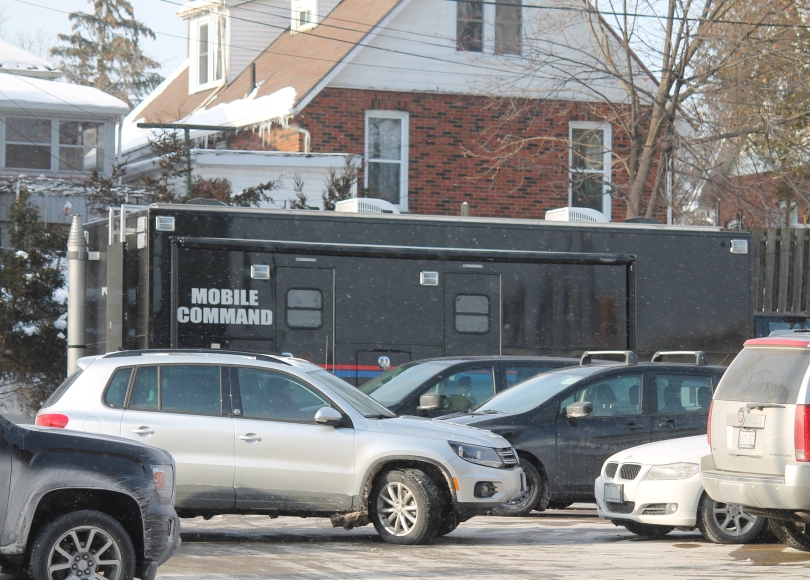 The identity of a Brantford man who died on New Year’s Day under suspicious circumstances has been released by police.
In a statement put out on Wednesday, Jan. 3, Brantford Police Service said the 34-year-old victim is Jeffrey Ronald Maxner.
Maxner died of gunshot injuries, which police had yet to confirm until now.
The police have yet to comment on who might have shot Maxner, yet strongly suggest they know who that could be. Investigators suggest the perpetrator does not represent any danger to residents of Brantford or elsewhere.
“Brantford Police Service does not believe that this was a random act, or that there is an ongoing risk to public safety as a result of the incident,” reads the statement.
Officers responded to the Brantford General Hospital on Jan. 1 at around 5:35 p.m., when it was reported a man with gunshot injuries was brought to the emergency room.
The shooting took place nearby at the intersection of Terrace Hill Street and St. Paul Avenue.
A mobile command unit has been set up in the Rexall pharmacy parking lot, where the shooting reportedly took place.
Anyone with information about the fatal shooting is asked to call Det. Amber Jackson of the major crime unit at 519-756-7050, ext. 2271, email ajackson@police.brantford.on.ca, call Crime Stoppers at 519-750-8477 or 1-800-222-8477 or leave a tip at http://www.crimestoppers-brant.ca.