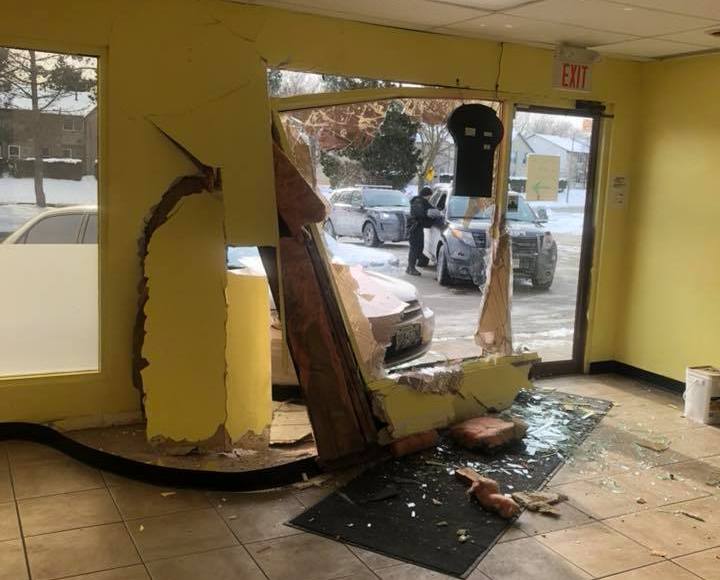 A popular spot to get breakfast in Brantford has suffered a setback to end 2017.
At Kel’s Family Restaurant, 241 Dunsdon St., before 11 a.m. on New Year’s Eve, a driver unintentionally accelerated toward the restaurant, mounted the curb and collided with the building, according to Brantford police.
Officers responded to a call about the collision to find a vehicle had driven though a window of the restaurant.
“Although there were numerous patrons inside the business, there were no reports of anyone injured,” said Sgt. Grant Davies in a press release.
Owner Kelly Dammeier said on Facebook the collision could have “truly been a disaster.”
“She didn’t hit our kitchen window where Paul and my kids work nor did she hit our dining room window where people were sitting … no one got hurt that’s the main thing!”
Dammeier was optimistic the restaurant would be open again soon.