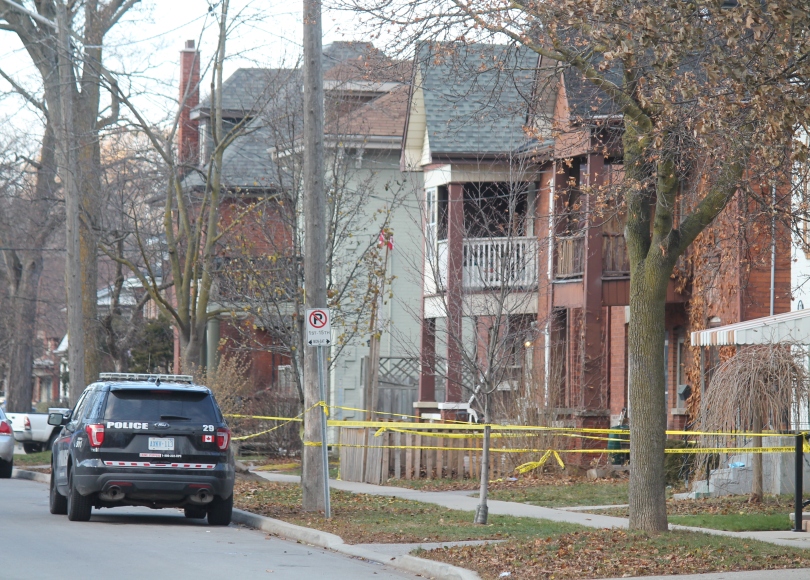 The Brantford woman charged with second-degree murder after the stabbing of another woman at a Sheridan Street house appeared in court on Friday.
The accused, whose name was not released due to her relationship with the 42-year-old victim, first appeared in courtroom 2 of the Ontario Court of Justice building on Queen Street in Brantford.
Not all of the information on the charges against her, most notably the charge of second-degree, had been provided to assistant Crown attorney William Dorsey. The matter was stood down for a short time and moved upstairs to courtroom 4, before Justice Robert Gee.
Gee ordered the accused to obtain the services of a lawyer in time for her next court appearance
The accused is due to appear in court again on Dec. 15 by video.
Meanwhile on Friday, Brantford police detectives continued to investigate the fatal stabbing in the 100-block of Sheridan Street.
Officers responded the scene of the stabbing on Thursday after receiving a call at around 9:39 p.m. The victim was found badly wounded at the residence and declared deceased later at a hospital.
The accused was charged with second-degree murder, assault, assaulting a police officer and four counts of failing to comply with an undertaking.
Anyone with information is asked to call Detective Jason Davis of the major crime unit at 519-756-0113 ext. 2273 or Crime Stoppers at 519-750-8477.